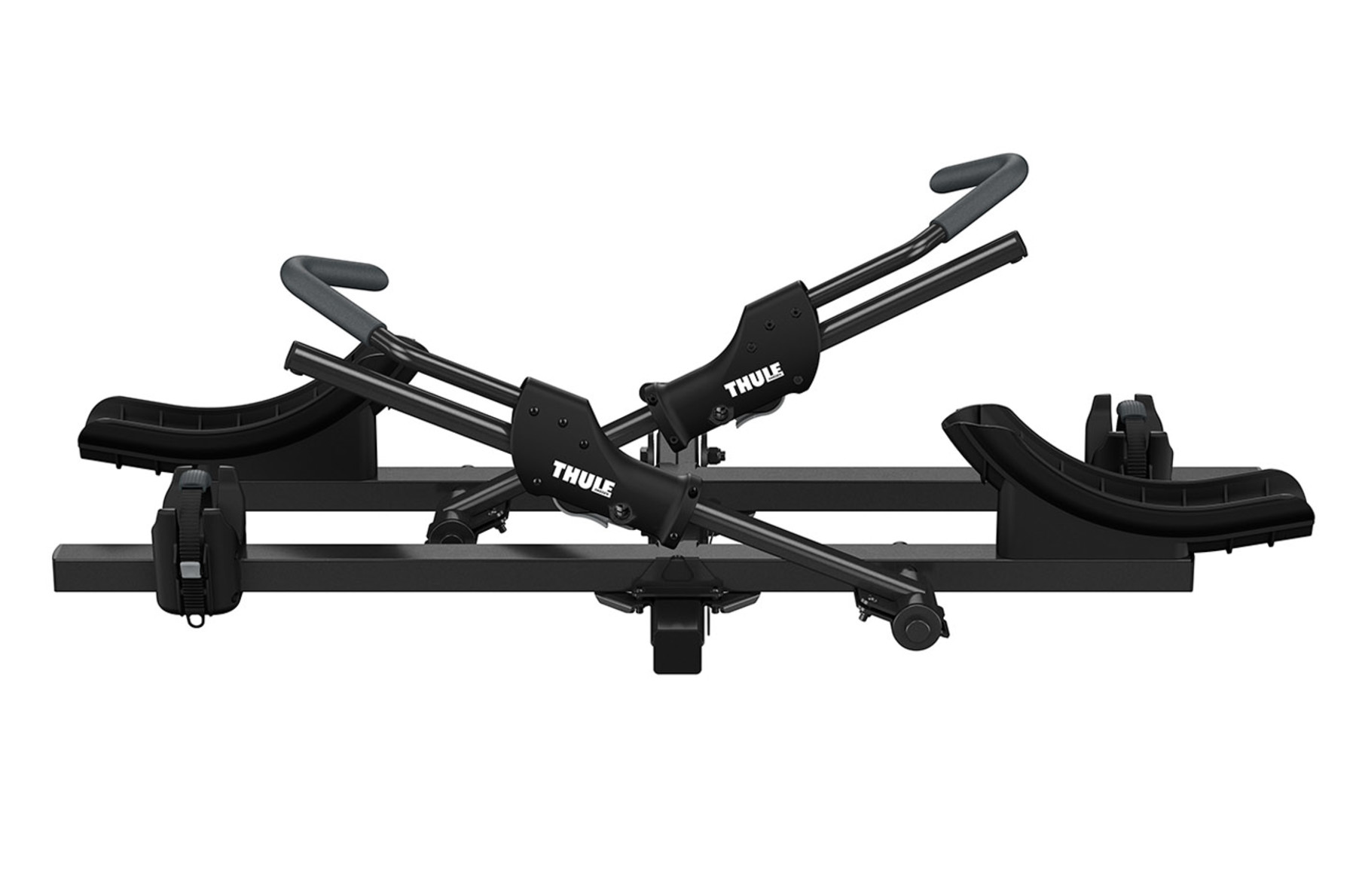 When travelling, we like to use bicycles to cover a lot of ground in an unfamiliar city.

Having the option to sight-see without burning gas is also a bonus.

Carrying bicycles, on the other hand, can be a bit of a chore, especially when you’re headed out on vacation.

Bicycle carriers for automobiles come in several different styles based on where they’re mounted: the rear of the car, the roof, or the trailer hitch.

Because of our Jeep’s canvas roof, a rooftop carrier wasn’t viable.

We prefer a hitch-mounted unit, which does not need to be installed and uninstalled every time we want to use it and offers a more secure mounting than a strap-on auto rack. We searched, and choose a Thule T2.

The T2 is a cool T-shaped rack with carriers designed to accommodate bikes with wheels from twenty to twenty-nine inches, and up to three inches wide.

It’s available in two- and four-bike styles; our two-bike hauler is rated to carry up to 100 pounds of human-powered transportation.

A ratcheting clamp holds the front tire, while the rear tire is mounted in an adjustable carrier and strapped securely into place.

It’s a largely mistake-proof system (though it isn’t recommended for fendered bicycles), and we can load both of our mountain bikes in about three minutes, as compared to the fifteen to twenty minutes of negotiation involved with the old strap-on rack.

Thule also offers a locking mechanism that provides additional security so we can leave the bikes on the back of the car.

When not in use, a lever on the top of the T2 folds it up and out of harm’s way, which means that we can keep it installed full-time rather than removing it for light off-roading or when manoeuvring in tight spaces.

When the rack is in use, a “Hitch Switch” lever allows the T2 to be tilted downward enough to open the Jeep’s tailgate without having to remove the bikes, another handy time-saving feature.

I , at Ira Ryan Cycles, highly recommend this rack and you can pick it up from Amazon here.