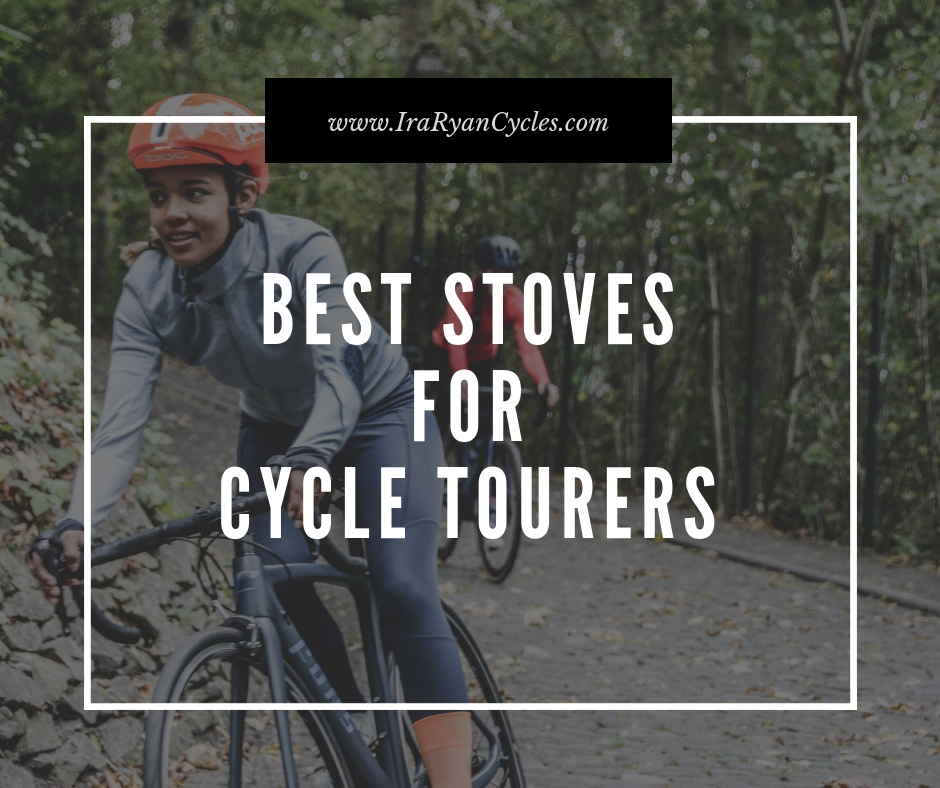 Campers and backpackers have a wide array of stoves to choose from so deciding which is the best stove for cyclists in 2021 can be a difficult.

They can purchase complete all-in-one stove systems, as well as general purpose units to use with different temperature ranges.

Here, at Ira Ryan Cycles, are our top backpacking stoves picks of this year.

When shopping around for a lightweight cycle touring stove, you need to consider the following:

Depending on their required fuel, there are five types of stoves used for cycle touring:

The fuel required by white gas stoves is a refined version of unleaded gas.

Thanks to the high amount of heat they are able to generate, white gas stoves are best for group cooking and winter time cooking.

However, they are usually too bulky to suit solo hiking adventures.

Canister stoves work best for individual use or for couples.

While most of them are specialized for boiling water, there are models which can also simmer.

Most thru-hikers and ultralight backpackers prefer alcohol stoves, partly because renewing the denaturated alcohol supplies is very easy (as this product is available in most hardware stores, drug stores and supermarkets).

Wood stoves can be a wise choice, provided that fuel is readily available.

However, fire bans in dry states may prohibit their use, rendering them useless.

Solid fuel stoves burn ready-made fuel cubes. Although they are lightweight, the fuel can be difficult to find in some places.

A stove system consists from all elements and accessories you need to boil water and cook food such as the stove itself, the cookpot, a windscreen, and a stove stand.

Such a system is a convenient and inexpensive way to get everything you need for your camping or backpacking trips.

Although there are some group stove systems, most of these items are designed for solo backpacking and for single users.

As they are fairly windproof, they have a superior fuel efficiency.

Nonetheless, they have limited capabilities.

You can use them to boil water quickly, but you may not be able to simmer your food.

Winter stoves are built to burn fuel at low temperatures. Most often, this fuel is liquid.

White gas stoves can work even in temperatures of 40 below zero, Fahrenheit.

Inverted canister stoves (which can burn a liquid fuel) can work down to 10 degrees, Fahrenheit.

The design of winter stoves allows them to melt snow to create drinking water.

Since they generate a lot of heat, they aren’t suitable for simmering meals.

The measure of the stove power is the BTU.

The more BTUs a stove has, the more heat it will generate and the faster it will bring water to a boil.

They allow you to ignite the stove without the need for matches or lighters.

As convenient as they are, piezo igniters don’t withstand frequent use very well.

You can replace them, but many people buy their stoves without them to save money.